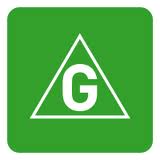 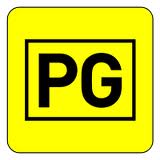 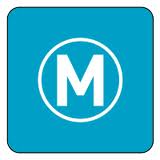 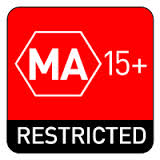 Add a photo to this gallery

The Classification Board and Classification Review Board are government-funded organizations which classify all films that are released for public exhibition. The Exempt classification can be used to rate special programs, given that they do not exceed the constraints of the PG classification.

Advisory (not restricted by age)

There are no age restrictions. Children is allowed to view the film. Some G-classified films may contain content that is not of interest to children. The content is very mild in impact. Equivalent to the MPAA’s G or soft PG.

Recommended for mature audiences. Contains content that is recommended for viewing by viewers aged 15 and older. The content is moderate in impact. Equivalent to the MPAA’s PG-13 or soft R.

Contains content (sex, violence, or coarse language) in such a manner as to be unsuitable for viewing by people under 15. People under 15 years must be accompanied by a parent or adult guardian. People under 15 years cannot buy MA15+ classified material unless when accompanied by a parent or adult guardian, with the under-two exception applying in Queensland for public exhibition. A person may be asked to show proof of age before hiring or purchasing an MA15+ film. The content is strong in impact. Equivalent to the MPAA’s hard R.

Restricted to 18 years and over (unsuitable for a minor to see). A person may be asked for proof of their age before purchasing, hiring or viewing an R18+ film at a retail store or cinema. Some R18+ films may cause offence to sections of the adult community. The content is high in impact. In Queensland, children under 2 years old can admitted in cinemas. Equivalent to the MPAA’s NC-17.

Restricted to 18 years and over (legally prohibited for those under 18 years of age). Films with this rating have pornographic content, containing only unsimulated sex. However, depictions of sexual violence, coercion and "sexually assaultive" language are not permitted at the X18+ category. Films classified X18+ are banned from being sold or rented in all Australian states and are only legally available for sale or hire in Australian Capital Territory and the Northern Territory. However, importing X18+ material from the two territories to any of the Australian states is legal. The content is sexually explicit in impact.

Banned from sale or hire in Australia; also generally applies to importation (if inspected by and suspicious to Customs). Private Internet viewing is unenforced and attempts to legally censor such online material has resulted in controversy. Content is classified RC if their content exceeds the guidelines (which are very high in impact and exceeds the moral standards of adults). Classification is mandatory, and films that are Refused Classification by the ACB are legally banned for sale, hire or public exhibition. This includes extreme impact violence, most fetish material, extremely explicit sex scenes, condoning illegal drug use, inciting crime and violence, and detailed instructions of killing or suicide. Examples of films that have been Refused Classification are Baise-moi (2002) and A Serbian Film (2010).

Retrieved from "https://rating-system.fandom.com/wiki/Australian_Movie_Rating_System?oldid=23831"
Community content is available under CC-BY-SA unless otherwise noted.