A PG-13 rated film is unsuitable for preteens under age 13 in the United States. This rating exceeds the PG rating when it comes to rating material. It can have violence, brief strong language, nudity, and (as the minimum rating) drug use. PG-13 is normally unrestricted. Unlike Rated R features, there is no legal enforcement, and placing age restrictions on rated PG-13 features is voluntary by cinemas. The rating was introduced in 1984 to fill the gap between PG and R. The first title to receive a PG-13 rating is The Flamingo Kid. However, it was shelved, so Red Dawn is the first title that was released with a PG-13 rating. It means: Parents Strongly Cautioned (Also known as Parental Guidance 13) - Some Material May Be Inappropriate for Children Under 13. 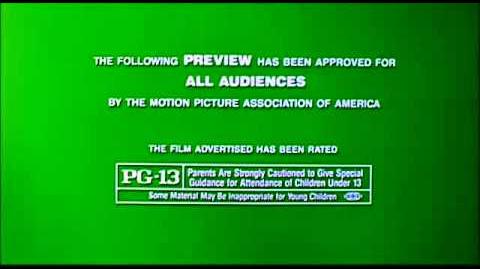