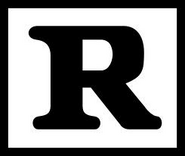 Special restrictions may also apply for these ratings. For example, Australia's X 18+ classification, in which all X 18+ classified material cannot be sold anywhere in the six States, making it available legally for sale only in the ACT and the NT.

Retrieved from "https://rating-system.fandom.com/wiki/Restricted_rating?oldid=21165"
Community content is available under CC-BY-SA unless otherwise noted.